Wings As Eagles Ministries is based on the foundation of Jesus Christ. All of our visions, direction, motives, and leadership come from the cross of Christ. If we live for Him, we die in Him. His words to us were simple. Matthew 25:34-46

WAEM is a non-denominational evangelical ministry and relief organization.. Working with the First Nations People, bringing love and hope on our forgotten lands. The mission of WAEM is to extend the evangelistic calling by proclaiming the Gospel of our Lord Jesus Christ to all we can by every effective means available to us and by equipping other native brother and sisters to do the same. To promote positive healthy environments and communities on the reservations to produce a productive lifestyle for the native people.

Where the story of our Native American relief agency begins:

Wings as Eagles Ministries is a non-profit Native American relief agency, an evangelical leader amongst Christian interfaith ministries to the First Nations People in Wyoming, Montana, and South Dakota. With the support of donations and volunteers from around the country, WAEM is able to bring relief and reconciliation to American Indian families in need.

Ministry work began in 1994 under the leadership of Pastor Lori McAfee. Wings as Eagles Ministries was formed as a Wyoming corporation one year later, and shortly after approved as a relief agency in Wyoming. From there, ministry work extended to the Black Feet tribe in Montana, and then on to the Oglala Lakota in SD. It wasn’t until 2004 that WAEM acquired 114 acres of property on the Pine Ridge Reservation—property that now serves as the headquarters of our Christian interfaith ministries.

In 2005, Wings as Eagles Ministries was approved as a South Dakota relief organization and incorporated in the state of SD. Today, the non-profit organization’s ongoing work centers primarily on the people of Pine Ridge.

The heart and soul of our Christian interfaith ministries:

WAEM believes … the Bible to be the infallible WORD OF GOD; that it is His Holy and Inspired Word, and that it is of supreme and final authority. In our God, eternally existing in three persons (Father, Son, and Holy Spirit), Jesus Christ was conceived by the Holy Spirit and born of the Virgin Mary.  He led a sinless life, took on our sins, died on the cross, rose again, and is seated at the right hand of the Father as our mediator and advocate.

The following founders and directors of our Christian interfaith ministries work seamlessly to reach as many northwestern tribes as possible with humanitarian aid and the Gospel of Christ. 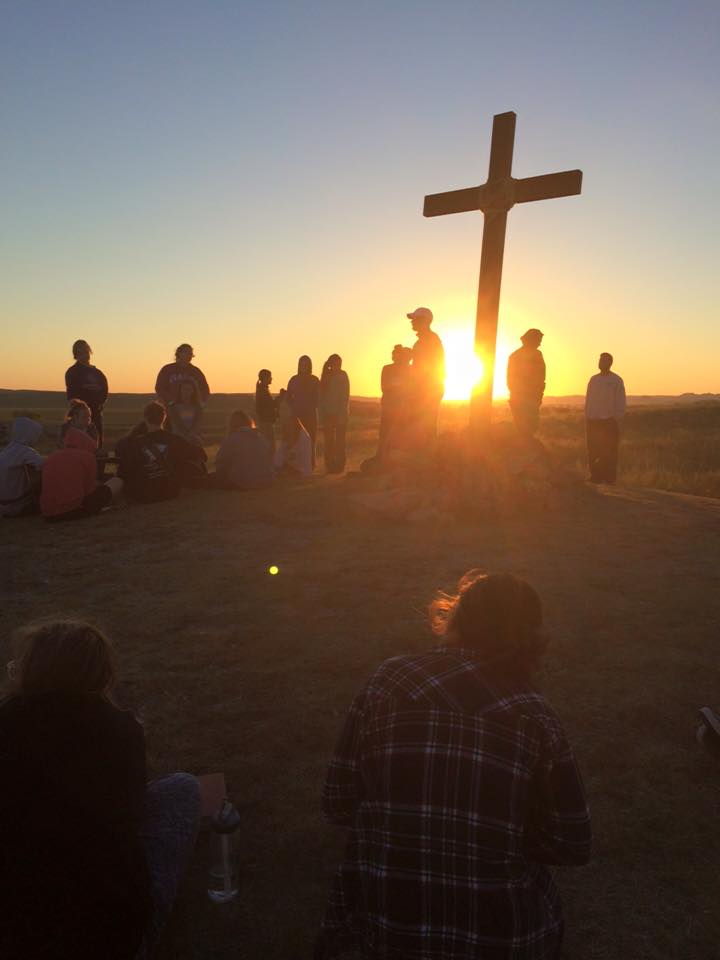 Lori McAfee is an ordained minister and minister of music. Her past life of abuse, brokenness, and hardship has given her the grace to minister firsthand to women and children in need. Lori speaks at women’s conferences, camp meetings, and crusades. She is currently working on the publication of her first testimonial novel, On Broken Wings.

Gary is a licensed minister ordained in 2004 in Knoxville, TN under the direction of K.E. Scotty Thomas, PhD, ThD, DD. His past experience with abuse and alcoholism led him to minister in the truth and Jesus Christ. Gary is also a minster of music with hope to restore what is broken through worship.